The mkIII was introduced in 1944 within units of the Princess Irene Brigade (PIB) and, after the liberation of the south of the Netherlands to the Stoottroepen from Brabant.

Helmets used by the PIB sometimes beared the PIB decal as used on many mkII helmets.

The mkIII was used together with mkI* and mkII helmets until 1954, when they were replaced by the Troepenhelm (m53). The National Reserve used the mkIII until 1956. Most mkIII helmets were sold of to company protection organisations and a small party went to civil defense.

Known producers of the mkIII are:

A mkIII issued in 1944 to a Stoottroeper from Brabant.

A mkIII used in the Netherlands East-Indiës, between 1946 and 1949. This helmet was used by a sergeant of an Anti-Aircraft unit and the Anti-Aircraft insignia has been handpainted to the front of the helmet. 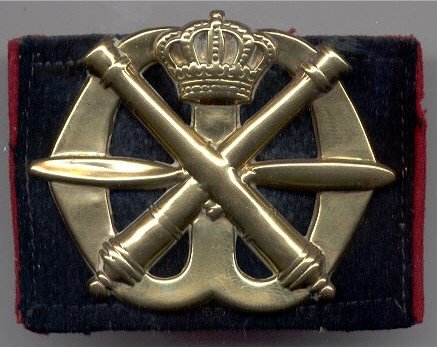